As the decision-making body of the Association, Council will take decisions on any aspect of the Association’s administration and policy except changes to the constitution and election of officeholders which require a vote by members, normally at the AGM at conference.  Council delegates are expected to represent the views of their regions at the quarterly council meetings with the exception of technical insurance-related matters which are dealt with by the Agents’ Liaison Group.

If a matter arises during a regional NAGS meeting which the meeting wish to see escalated for discussion and possible action nationally a resolution is proposed and passed.  To be automatically included on the agenda a resolution must reach the General Secretary prior to the agenda being published.  As the agenda must be published no less than 14 days prior to the meeting resolutions should be forwarded as soon as possible.  If a resolution does not make the agenda it can still be considered if council vote by a two thirds majority to include it within Any Other Business.

The other part of a delegate’s role is to report back to their region on the matters discussed and regional chairmen therefore need to decide whether their meetings are best held prior to council to feed views to council or to hold meetings shortly after council so that information can be fed back whilst still ‘fresh’ and relevant.  Should you have a matter you wish to be considered by the association you should bring this to your regional meeting for discussion and then if a resolution is supported by the meeting this will be passed to National Council.

I joined the NFU Mutual in 2001. Having dropped out of university after the first year and hoping to redeem myself with my parents, I took a job in the Wells Office as a customer service advisor. You can imagine how impressed my Dad was with my new job when the agent at the time had to tackle him about the “fronting” on my car! It was different then! In 2003 I joined the North Somerset Group as a group secretary and account exec for the Mutual. I was seconded to Dorset for four months and returned to Wells in 2005. I joined the partnership as a commissioned agent in 2008 and have been the Senior Agent since 2016. I am lucky to work with Kim Brake and Phil Chalker as my partners and we run a £6.2m agency in beautiful Mid Somerset.

NAGS was part of my working world from day one as my fellow agents were die hard members and advocates of the association. My first NAGS conference was 2003 in The Vale of Glamorgan and from that day forward I knew I wanted to be involved. The Wells office has been responsible for three National Chairmen so I guess my role was inevitable.

Outside of work, if there is such a thing nowadays I am a Mum to Charlie, 10 and enjoy my 4 dogs. 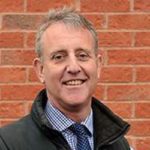 I joined NFU of Scotland in October 1993 and as assistant Group Secretary to Lanark, Biggar, and Clyde valley branches and having previously graduated as a Newcastle Agric. and a spell as a sales representative in the Scottish borders for an agricultural co-operative. I removed myself to Thirsk in January 1995 carrying some partnership baggage and swearing that I would remain a single agent thereafter! It lasted 7 years and the foot and mouth outbreak before I was offered a merge with Easingwold in late 2001, which came to fruition in March 2002 ( at least Jenny and I had been at University together) . We made it work and were asked to make a spin off which was born in 2009. Thanks largely to Matt Cliff that worked too and we became a triple merging the spin off with York agency in 2016. This made us briefly a four for a short while but we have retreated back to a triple for the time being and ably assisted by our fabulous team of 17 across the two offices.

I blame the job for broadening my horizons; there are challenges but every year is different. I look forward to lending whatever support I can to our great collective organisation. 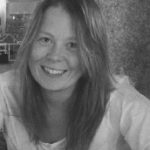 I joined the Tattenhall & Maelor agencies in June 2001 as a part time filing clerk. After getting a bit fed up of papercuts I decided to show an interest in getting involved with quotes. Within a short space of time I found myself sat at our ‘quote desk’ 5 days a week providing Landrover quotes as we had a direct quote line advertised in the Landrover Owners mag.

Time went on and I became a sales associate and then graduated to agent in 2009 and then Senior in 2018 my previous business partners having retired I now work alongside my better half Stuart Chacksfield and Ed Crawford running 2 offices which hit £10m GWPI this year.

Having previously been North West NAGS chair, NALG representative, Local ALG representative and Welfare Officer and now missing my team being involved I felt it was a great time to join the office holders team and will hopefully be useful addition.

Outside of work I am a bit of a petrol head and a particular fan of F1 and BTCC, I like to unwind through Thai Boxing which is a great way to release some frustrations and when I want a more chilled time I like bobbing about on the water in our boat. 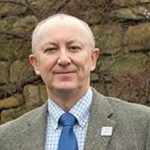 Peter currently holds the post of NAGS Treasurer.
Peter has over 30 years of commercial experience and became an Agent in 2008 and specialises in agricultural and commercial insurance, along with having overall responsibility for the Barnard Castle agency.

In February 1991 and after 5 years playing soldiers in the Corps of The Royal Engineers I decided to follow in my father’s footsteps and become a Group Secretary. I joined Jeremy Risebrow’s agency in Cambridgeshire. With his senior partner on long term sick leave, a Branch merger and an office move all in the first year, to say I had a baptism of fire is an understatement. My time in Cambridgeshire was short lived. An opportunity arose to move back to my hometown of Market Rasen and join my father Roger in partnership at Louth, Lincolnshire, the neighbouring office. Over the next 3 years, together with my Mother Denise steering the ship as office manager, we merged the Branches and Agencies. The business has grown from circa £650,000 to somewhere the far side of £7m today. During this time, I have enjoyed (?!) 3 agency changes, 2 ADF contracts, the employment of upwards of 60 different staff, 5 SM’s, 5 RM’s and too may Inspectors, SDCs or ADMs to list.

I was promoted from Deputy ALG Delegate for the East Midlands in 2013, by default, to try to fill the shoes of the very formidable Robert Burns, who sadly passed away that year. Being a member of the ALG is a role you need to grow into. I remind myself at every meeting to keep an eye on the big picture, which sometimes means you must pick your battles. Believe me there are battles! I was appointed to take over from Cathy Davies as National ALG Chairman, a few days before phrases and words like “lock-down” and “working from home” and the dreaded “Furlough” become part of everyday conversation. 100’s of MS Teams meetings and many thousands of emails have followed, and they continue to this day. The work the ALG has done and continues to do is vital for my business and is growing in importance and volume as the role of being an Agent becomes ever more complicated. Everybody involved in ALG works tirelessly with the hope of improving the working environment for all. The “COVID” baptism into the Chairman’s role has been tough, but worthwhile. It has enabled NAGS to really show it worth and occasionally it’s mettle when needed. I see part of my role to continue to strengthen not only the relationship we have with our NFU Mutual colleagues but the strengthen the challenge we bring to them when needed.

When not thinking about my agency and ALG stuff I disappear into the bosom of my family. I am lucky enough to have been married twice but only divorced once! My wife Kate, who doubles as my Office Manager, has put up with me for 15 years so far. We have 6 children between us aged 30 through 13, and 2 of them work in the business too. If I followed my heart, I would still be playing rugby on Saturdays, so instead play a little golf and occasionally ride a mountain bike. 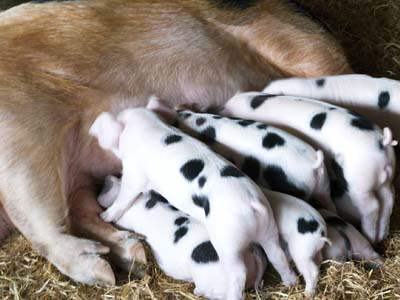 The ALG is the primary conduit for operational and technical issues from the agency network concerning emerging policy from NFU Mutual.
Read More 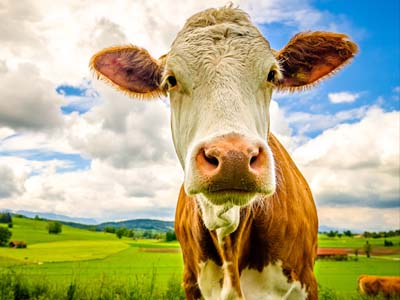 NAGS values its members and as well as providing advice and support offers several benefits to members.
Read More 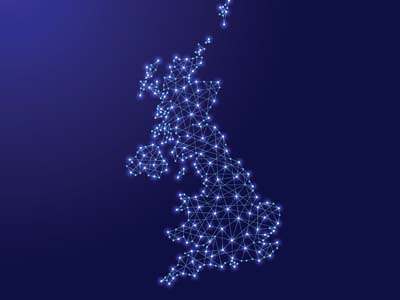 NAGS 14 regions hold their own committee meetings which are of vital importance to our members, allowing feedback and representation of member's views to NAGS Council.
Read More
Back to NAGS Groups & People